Skip to main content
It looks like you're using Internet Explorer 11 or older. This website works best with modern browsers such as the latest versions of Chrome, Firefox, Safari, and Edge. If you continue with this browser, you may see unexpected results.

BIBLE STUDY AND RESEARCH: GETTING STARTED 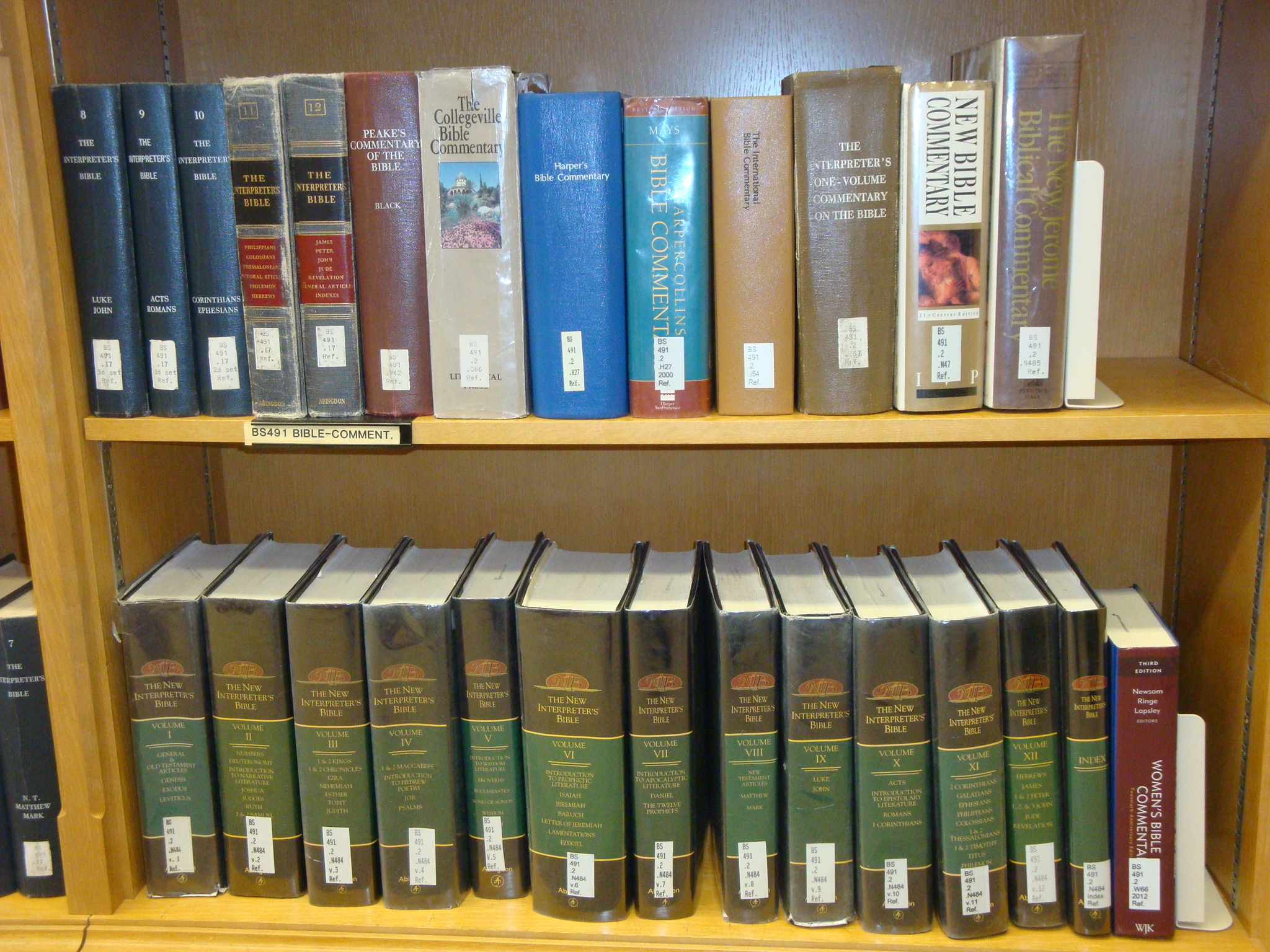 Some commentary sets are kept together, e.g., the New Interpreter's Bible (available Online through Ministry Matters database), with PRINT volumes located in BS491-491.3. Single volume commentaries on the whole Bible also fall in this area.

A repeating pattern governs the organization of commentaries and critical, exegetical studies for each book of the Bible.  An example for the Gospel of Luke is shown via the link below.

LOCATING COMMENTARIES THROUGH THE LIBRARY CATALOG:

In the library catalog, go to the Advanced Search screen. Change the dropdown menu to search within the subject field.  Enter the [book of the Bible] and the term commentaries.  See the screen shot below.

When the search results appear, note their call numbers which will indicate the area of the bookstacks to browse for commentaries on that biblical book.

Hundreds of online Bible commentaries are available through Luther's Library. For example, several volumes of the Anchor Yale Bible series; the exellent one-volume Oxford Bible Commentary;  and the Beacon Bible Commentary series are all available online for Luther students.

...or see below the compilations available through our Hermeneia Commentary series or our Ministry Matters database

Commentaries represent a range of perspectives and approaches to biblical study, and the quality of a commentary can vary within the same series. With that being said, understanding the aims and approaches of series as a whole can aid in intelligent reading. Here are some commentary series held in the Luther Seminary Library:

Ancient Christian Commentary on Scripture - Published by InterVarsity Press, the series compiles sayings of Church Fathers as they relate to scriptural passages.

Hermeneia - Published by Fortress Press, this series presents critical and historical commentaries with a focus on original languages. Aimed at scholars and advanced students, as well as preachers with original language background.

Interpretation: A Bible Commentary for Teaching and Preaching - Published by Westminster John Knox (WJK) Press, this series focuses on the needs of preachers and teachers for accessible scholarship.

Wisdom Commentary Series - Published by Liturgical Press, this series represents the first effort to bring a detailed scholarly feminist lens to the Bible as a whole. Aimed at preachers and teachers.